I can read your first thoughts reading the titel. Why would we be in a rush when we have 6 months in South America. The reason for this is that we found a cheap ticket to Galapagos from Guayaquil(Ecuador) for like 200 euros cheaper than the average price. The flight was unfortunately a week earlier than we expected, so we had to cut a bit in our expected time in the north of Peru. Since the most time would have been spent in Huaraz, our biggest cut was also here.

Huaraz is a city 7 hours north of Lima. This city is increasing in popularity due to the possible hikes you can do at the nearby Cordillera Blanca. There are many lagunas and mountain tops which can be reached. There are also multi-day hikes which can be done. You can book these hikes with an agency or do them by yourself. In Huaraz it’s possible to rent a tent and everything else you need to survive in the mountains for a few days.

Unfortunately we had to sacrifice the multi-day hike, but we still did a day hike to Laguna Tekashi 69 (Laguna 69).

We booked our tour to Laguna 69 with an agency for 30 soles per person. Its possible to do this hike on your own, but you’ll have to arrange your own transportation. Finding your own transportation will be a little hustle since its hard to find a taxi at the starting point of the hike back to Huaraz. Having a taxi bringing you, waiting and bringing you back will cost around 60 soles. This means you will only profit of doing it by yourself if you’re sharing the taxi with 3+ persons (Advanced mathematics). I would say chill and start you early morning with a pickup at your hostel and hotel.

So the tour started with a pick up at 5:30 at our hostel. After this we had a 3 hour drive to the start of the national park of Cordillera Blanca. Here we had to pay another 30 soles pp entry. After another little 15 minutes drive we made a quick stop at a beautiful lake called Llanganuco. This lake on itself was already worth the early morning and the 3,5 hour ride. 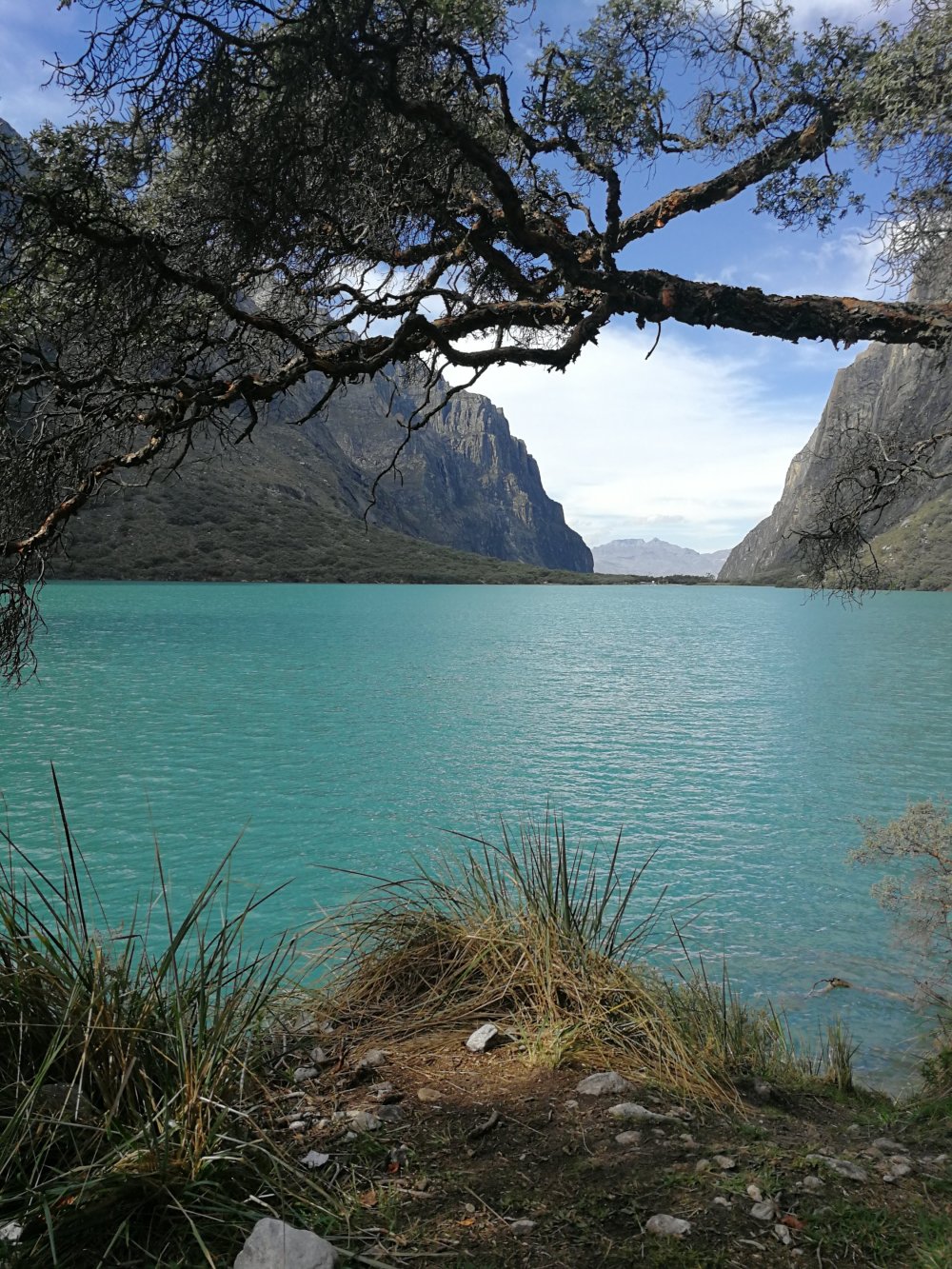 Once everyone took their proof we continued to our starting point of the hike. This was only another 15 minutes from the last lake. 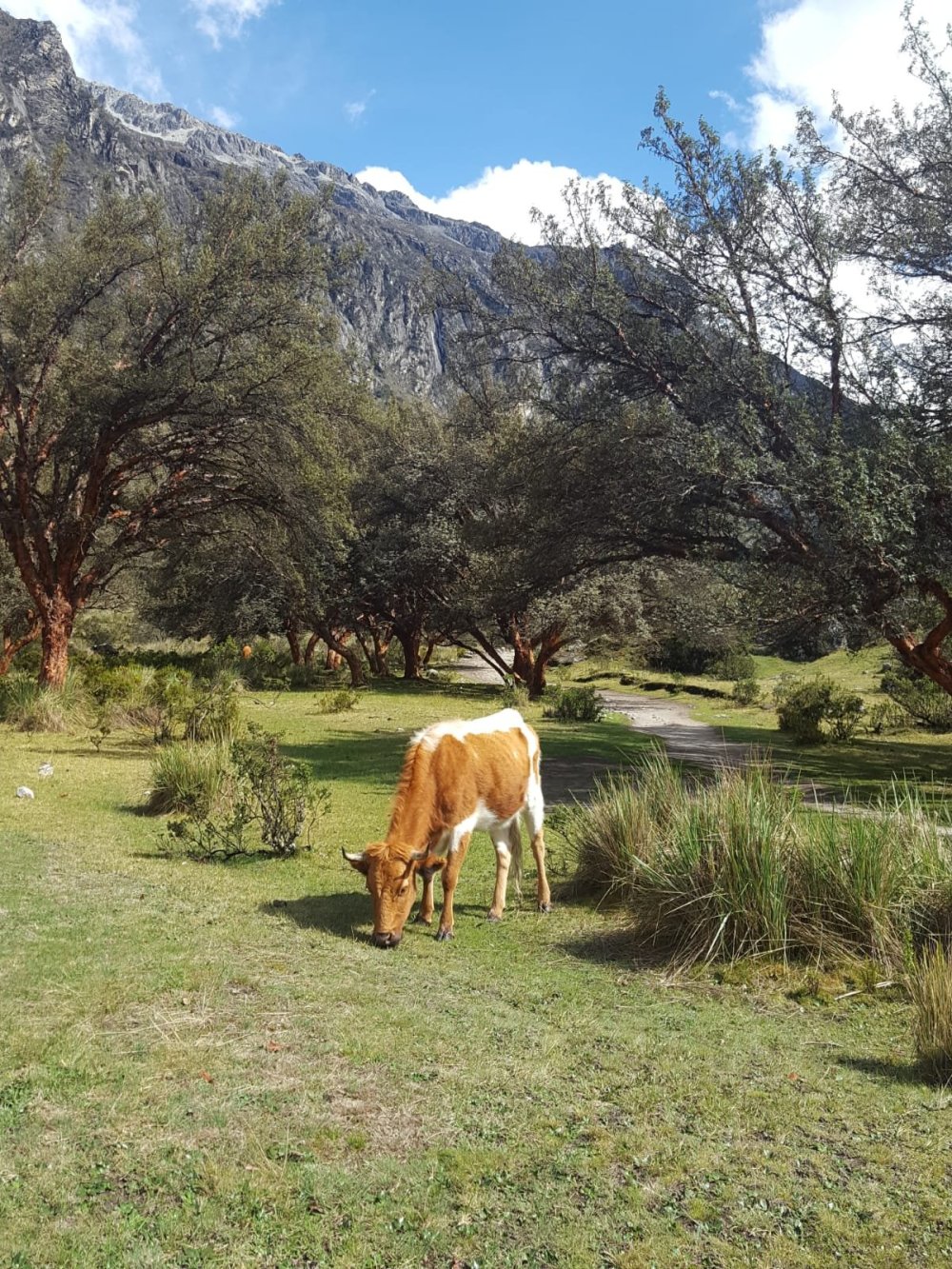 Suprisingly the cow deserved to be shown instead of Laguna 68. Laguna 68 wasn’t that impressive and I only took a picture while walking to the real deal. After 2,5 hours we arrived at Laguna 69 and it’s really amazing. The water is super clear and it’s surrounded by snowcapped mountains. Everyone found their little spot to have some self prepared lunch and walked around to make some pictures. 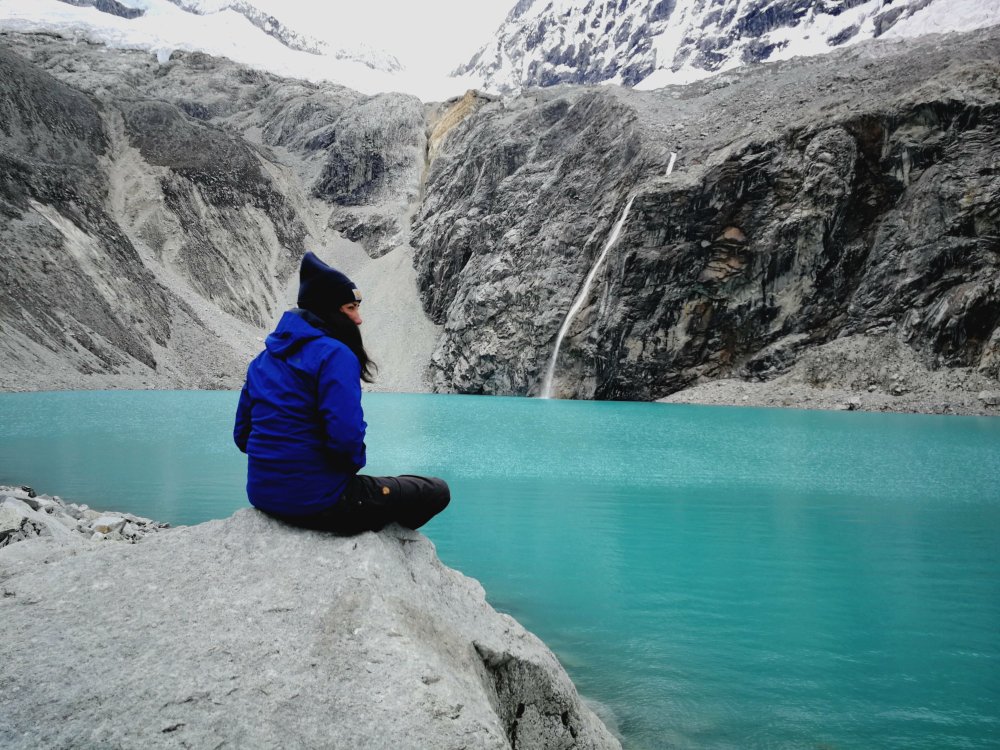 The tour calculates three hours for the hike and allows you to spent one hour at the top before starting the hike down. Since we were 30 minutes faster we spent like 90 minutes at the laguna (More math). If you would come here by yourself you could spent here longer, but why? The Laguna isn’t changing but the weather is, when we started our way down it started raining. The way down was like 1,5 half hour. After this we had a 3,5 hour ride back to Huaraz, which is long but totally worth having a look at Laguna 69. 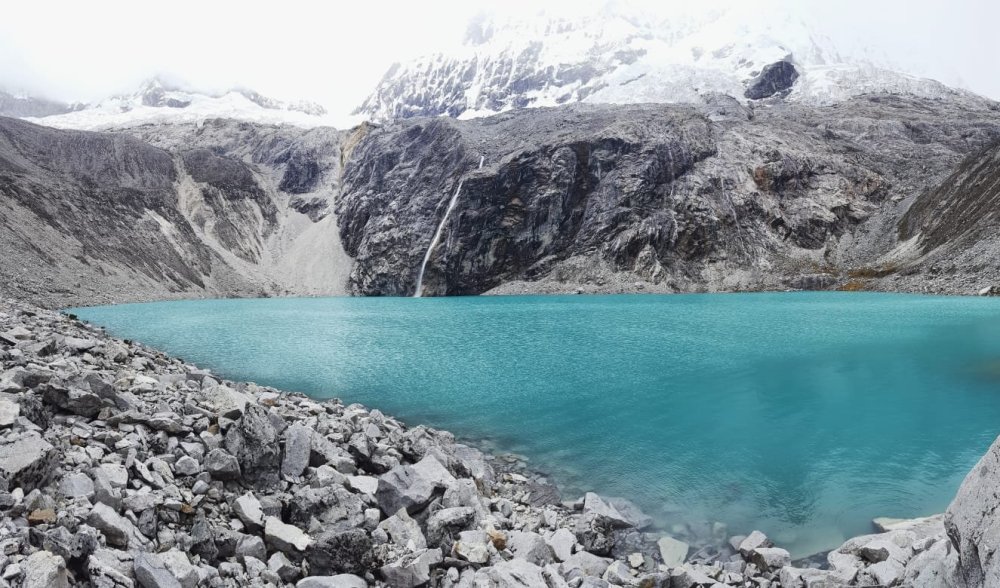 Earlier during our trip we met a few people doing the hike by themselves with a tent. Unfortunately we couldn’t do this adventure. If you’re interested in this you should have a look at the Santa Cruz Trek (Of course there are more possibilities).

To end this blogpost I’ll answer your unasked question: So what’s up with the city Huaraz? The answer is: Nothing, there is nothing else except hiking, eating and sleeping. We stayed at Aldos , which is really close to the terminal (Handy when arriving and leaving). Besides we went to some recommended places for food, but I don’t think they deserve a recommendation(El Rinconcito, Cafe Andino & Manka).