this blogpost will be will be about our two days in the cool city of Bogotá.

We started off in the early morning when we arrived from a long night ride. Our hostel (Explora) was in the touristic neighborhood of Candelaria which is like the old center. From there we walked to the famous restaurant La Puerta Falsa to try an Ajiaco. However a long line in front of the restaurant made us decide to go somewhere else. Just next door we had a delicious Bandeja Paisa, probably the most famous colombian dish. 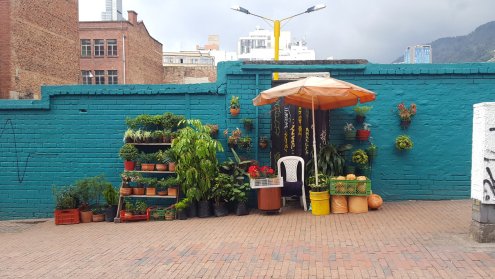 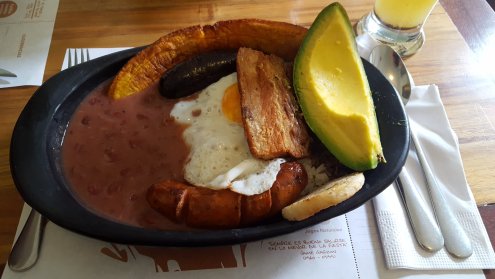 Then we walked around, got to the cathedral and walked down a busy comercial street where men were playing chess and sipping agua ardiente. Closeby we found the Museo del Oro, which was one of the highlights in this city. Not only did we see a lot of beautiful pre-hispanic art, we also learned about their techniques to colour and form the gold into detailed ornaments.

It was almost dark when we left the museum, so we headed direction hostel. On the way we found the Callejon del Embudo, an artsy little street with lots of graffiti and bars. We tried a glass of the local Chicha, which is available in lots of different fruity flavours. Walking to the end of this street we found a small swaure with many young people drinking, making music on the street. To end the day we had Ramen in an anime-like decorated restaurant next to our hostel. 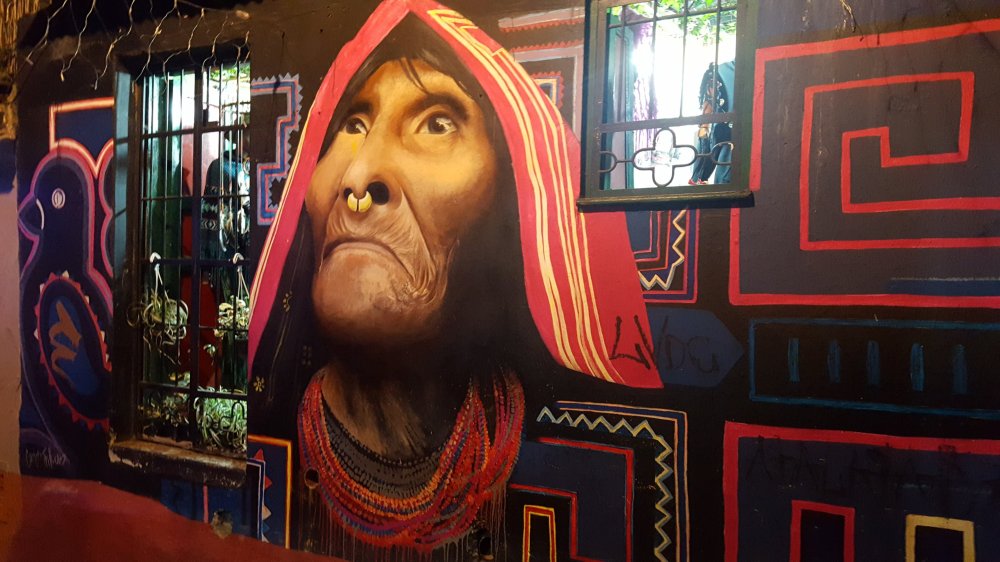 The next day we skipped breakfast and instead went early to stand in line for La Puerta Falsa. We were so early we could go right in. We ordered as we must, the Ajiaco which is a chicken soup with corn. As vegetarian option they offered a milk soup. Well, we should have thought twice about our choices because we really did not like it and we left the place still hungry and leaving our food almost untouched.

Our plan was to go on top of the Monserrate mountain to enjoy the view over the city. Luckily on the way there we found something to eat and also Monserrate did not disappoint us. It’s a mountain next to the old center which offers a view over the whole city of Bogotá. There are some fancy cafés and some more economic food stalls too. There is also quite a modern church up there one can visit.

To be fair, we did not see that much of Bogotá, the cold was also not very inviting. The same evening we headed to the airport to take our flight to the Carribean. Finally, what I had been waiting for!